The COBOL Legacy: What You Need to Know About the Computer Language That Keeps On Giving 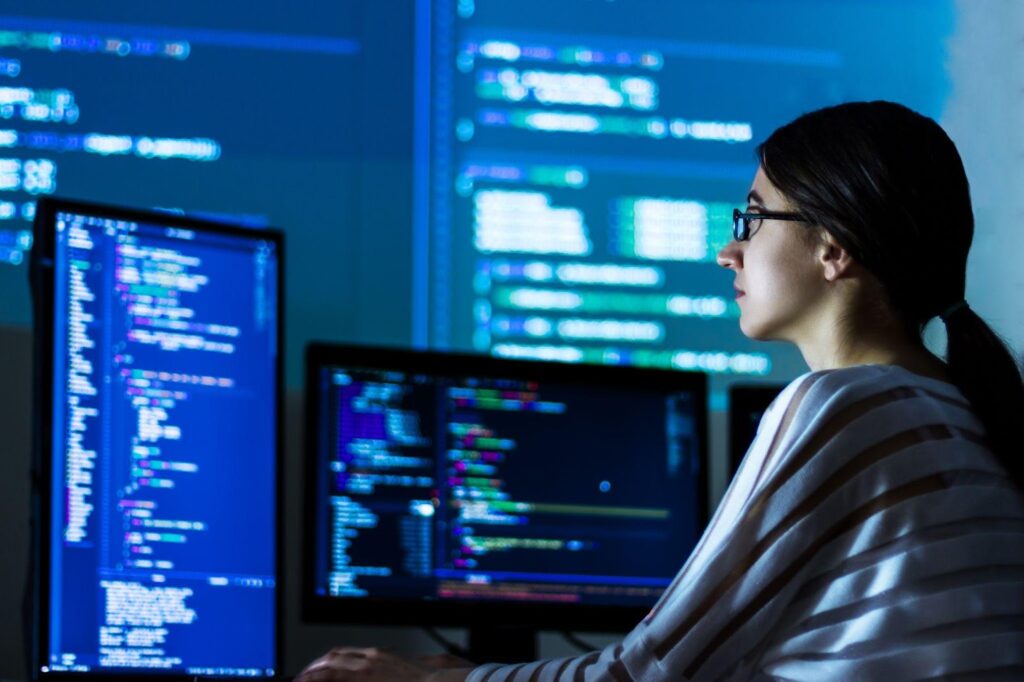 Languages evolve. Communication changes. The way we communicate has always morphed and fluctuated, adapting to new modalities, new mediums, and new expressions. The same is true with computer languages. Over time, this vast universe of computer programming and artificial intelligence has grown more complex and functional. Just like everything else, the story of computer languages has humble beginnings, but it also has extraordinary ones.

So, what’s the story behind COBOL?

The history of computing is complex and involves many great minds, ideas, and overlapping innovations. Let’s focus on a few major points that led the world to the modern computer. You may remember the name Alan Turing from history lessons or 2014’s successful film The Imitation Game featuring Benedict Cumberbatch. The film portrays the story of Turing, who devised the Turing machine and its role in cracking code during World War II. The fundamental idea that also carried on was Turing’s development of a machine that could compute anything that is computable. Computers developed after that point expanded and grew from that central concept.

As computing advanced, computer languages and software development became more complex. As computers emerged on the scene in the mid-20th century, each computer manufacturer tinkered with and developed their own programming language. It soon became apparent that the use of multiple languages would present a problem as technologies began to merge, coexist, or as companies ended up with different computers under one roof—as it happened to the Department of Defense in the late 1950s.

A group of programmers devised a solution: a common language that ran efficiently on computers built by different manufacturers. This new language was called COBOL— Common Business Oriented Language. It proved to be functional and particularly apt for government and business data processing.

The Origins of COBOL

As one of the first programming languages, COBOL holds its rightful place in tech history. Along with Fortran (a contemporary), it was also one of the first languages to be based on English words. Thanks to Grace Hopper, one of the earliest computer programmers, the language evolved to be what it is. Hopper honed her skills in the U.S. Naval Reserve, where she wrote machine code during World War II for the Harvard Mark I computer. That’s right, Hopper was not only a military officer but a pioneer in the programming world.  Hopper is often affectionately referred to as the grandmother of COBOL.

As part of her work, Hopper considered the possibilities in creating a computer language that was based on human language and could be more accessible.

In 1958, the Department of Defense created a system to use emerging technology to track payments and other records. Today, the program is still going. The MOCAS (Mechanization of Contract Administration Services) was written in COBOL and depended on punch cards and keycards. That aspect of the program has been updated, but it uses the same idea.

According to MIT Technology Review, the system is managing $1.3 trillion and 340,000 contracts and uses a hardware configuration of IBM 2098 model E-10 mainframe.

Why is COBOL Still Relevant?

While there are numerous other programming languages in use today, the COBOL legacy remains because it is so deeply entrenched in many business operations and government programs. COBOL continues to be a relevant and important part of the computing world.

Here’s why COBOL is still making the rounds in the world of technology:

Marble Computer serves large companies, federal, state, and local governments. Since our inception in 1983, we’ve grown to be a leading force in COBOL analytics and IBM customers. We specialize in developing software that can help companies migrate to COBOL 6.2 and beyond making the process efficient and cost-effective. As experts in the field of COBOL and using new tools to better understand the logic of the program, we want to help you keep operations seamless.